Un(FAIR) India: When "fairness" gets under your skin 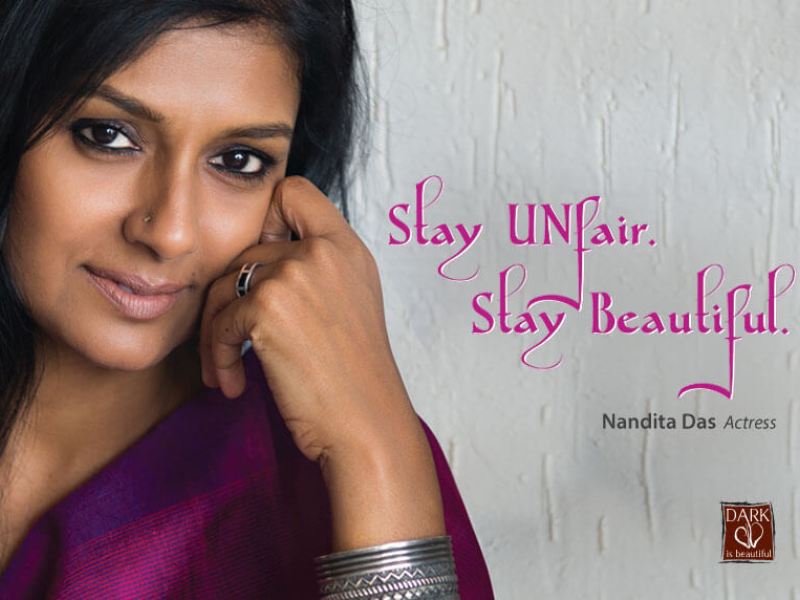 Growing up in a progressive Bengali family had its own set of pros and cons. One of the biggest pros would have to be that my parents always placed a lot of value on ethics and intelligence as opposed to superficiality. They never criticised the idea of being beautiful per se but they always told me my intrinsic value as a human depended on how useful a member of society I was. Therefore, it came as quite a rude shock to me when in 9th grade I heard a female classmate of mine abuse me. What startled me was the choice of words - she used a very unpleasant expletive that revolved around my skin color. I had a slight disagreement with her and since I am a very calm person, she hadn’t expected me to be assertive during the argument. I think since she had nothing else to criticise me on, she choose to use an ugly pejorative relating to my color.

Now, I had never really encountered something as bizarre as this. Maybe because I was brought up in a very sheltered, armed forces background - where people are taught not to fixate on caste, class, state, race - ism issues. I found this sort of behavior rather embarrassing, not for me, but for her. I have always believed that if a human being is rude and biased, it speaks much more about their upbringing, how they view the world and their particular set of prejudices. I did not take any serious offence to it, however, this incident did make me acutely aware of how wheatish, dusky or olive skinned people are treated in this country​. The prevalent ideology in India is that being a particular shade makes your worth much less than that of a fair skinned person.

But why are we, as a country, like this? Why do we insist on fetishizing fair skin? Also can we truly absolve all blame by ​putting the onus on white supremacist ideals​?! ​Can we truly say that our prejudices are due to a massive colonial hangover which makes us Indians value fair skin over the other (shades of skin color)? I think not. To understand how deeply ingrained our biases are, we need to honestly inspect our cultural and historical past.

The Aryans were a group of nomadic tribes that migrated to the land we now know as Bharat or India. They did so some three thousand years ago. They fought wars with the indigenous, local groups of people and eventually enslaved the latter (referring to them as ‘Dasas’​ and ‘Dasayus’ from then on). Not just that, the Aryans then created a caste system called the Chatur Varna, which was a form of classification based on skin color. The term Chatur Varna​ literally translates to Four Colours (where Varna refers to one’s skin color)​. This was (still is) a descending system of societal hierarchy starting from the top, wherein the positioning of one’s caste determines the chances of upward mobility​. The lower your caste ranks in this system, the lesser opportunities were accorded to you. The enslaved native folks who had a darker skin tone as opposed to the much fairer, sharper looking Aryans, were positioned the lowest in the system. Thus became ingrained in our collective psyches that fairer skin equates to success in life.

So much so, that thousands of years later, we still have cringe worthy adverts showing how young women need to use fairness creams to achieve success in their workplaces. And to be honest, we haven’t even scratched the surface of how problematic the media representation of young and successful women in India is. ​When an actress like Yami Gautam (who is as white as snow - no exaggeration there!) decides to endorse a company like “Fair & Lovely” , the irony is truly biting. This Unilever brand is notorious is for its aggressive ad campaigns where the idea is propagated that a woman’s fairer skin leads to happiness and success in relationships and work. And then there are actresses like Shilpa Shetty, Ileana D’Cruz, Kajol Devgan, Bipasha Basu, Deepika Padukone, etc. who have apparently​ undergone skin whitening surgeries/ treatments to change their beautiful dusky skin tones. Kajol and Deepika have vehemently denied these claims but the skin color difference over the years is striking - Kajol even claimed that she grew fairer by staying indoors! Apparently science works differently for these celebrities. Even if we were to believe that no work was done to alter their appearance, a lot of these actresses (like Priyanka Chopra, Kajol, Deepika,etc) have endorsed fairness creams in the past. Except for Priyanka, no other actress has publicly expressed regret for their participation in these ads.

To be honest, this piece does not aim to attack any of these celebrities but there is definitely a sense of disappointment. This is because these actresses who have drastically altered their skin tones, were just as popular, gorgeous, successful and talented before getting the work done.​ What is sad is that instead of succumbing to the pressures of society, these people could have chosen to educate and take an active stand against skin color based prejudice like Tapsee Pannu, who refused to attend an event because the main sponsors included a fairness cream brand. Or Nandita Das, who is actively involved with campaigns like ‘Dark is Beautiful’. I feel a sense of responsibility is lacking among a lot of celebrities, which is sad because they have a huge fan base that is full of impressionable minds. Whatever they chose to endorse can either have disastrous or extremely positive effects on the body images of young women in the country. After all, isn’t that why the earlier dusky Kajol was adored so much in the 90s? She was one of the few actresses who seemed to be comfortable with her natural self (she even refused to pluck her unibrow - such a rarity for actresses!)

A lot of feminists have issues with the ‘Dark is Beautiful’ campaign. They feel that adding the word ‘Beautiful’ in the name implies that beauty is an ideal that women need to aspire for; that unless you are beautiful, you have no value in society. What these people fail to see is that a lot of olive skinned women in India face extreme body image issues because their color is never appreciated. This is something a fair skinned person in India will never understand - the massive sense of worthlessness attached to your skin color. I feel other shades should also be adulated. After all, the ‘Dark is Beautiful’
was inspired by the ‘Black is Beautiful’ campaign abroad, where African American women in the 1960s encouraged their community members to revere
and adore their skin tones. This was done so that black women’s natural features would be cherished. Can these detractors use the same set of criticism for the original campaign like they are ready to do for ‘Dark is Beautiful’? Let us all inspect the proper context before criticising every effort taken in the right direction.

Such campaigns can also be useful for women working in the media, acting, theatre industries. Where is the representation of dusky, wheatish, dark models in the media nowadays? Isn’t this strange for a country that has a large majority of dark skinned people? Let us realise that it is not easy to dismantle skin color based prejudice in a single day. We all need to move towards it slowly and remember that somewhere we all are active participants in these acts (women included). We need more role models like Nandita Das who are proud and vocal of themselves the way they are.

So then, what should be done? I do not want this article to become a preachy mess.​ I also believe that it is not always easy to demand ​societal change. The change must first come from within​. If you are facing body image issues, SHIFT YOUR LOCUS OF IDENTITY.​ Instead of an external loci of self, turn it inwards. What is it that YOU like about yourself? The basic rule of makeup is to highlight good points and downplay shortcomings, if any. I think this rule can be extended to every aspect of your life. Being aware of yourself objectively is what will help you gain a strong sense of self. ​After all, looks fade. It is the biggest reality of life. And if your sense of worth is dependent on outside comments or compliments, it will never end well. After all, ‘conventionally good looking’ women struggle with their appearance too, don’t they? Otherwise, why would the plastic surgery business be booming? However, having said that, do not allow anyone to make you feel bad about your skin color. Never be comfortable with disrespect. If your partner, friend or any stranger is disrespectful towards you regarding your physical appearance, politely explain to them why they are being bigots. And then learn to detach from the situation after that.

Love yourself, love your skin color. Realise that although fair skin is heavily fetishized in countries like India, women in the US and UK spends thousands of dollars on fake tan products and tanning treatments. In a way, it is a form of reverse fetishism, isn’t it? Nothing is ever going to be enough!

Aindrila is an engineer who shifted gears after working for sometime in the Indian IT sector. She did her post graduation from Tata Institute of Social Sciences, Mumbai. The founder of the Web series called “Sex N Gender"- a project on self esteem, body image and on rights based approach.
Her interests and expertise lies in technology, Comprehensive Sexuality Education, asexuality activism and human rights related issues.

Previous Article
Back to Main
Next Article

TheaCare invites you to write for the platform, on any of the topics, themes suitable for the space.

You are welcome to send in pitches, or complete drafts on physical and mental health, body image, sexuality, caregiving, parenting, pregnancy or any related subjects.

We are a body-positive, sex-positive platform and encourage writings that resonate the same values. Write to swarnima@thea.care

For rich, body-positive resources, engaging discussions and a lot many events for your health and well-being, subscribe to our fortnightly newsletter. We don't spam!