Clitoris: Your Essential Guide to All That You Secretly Wanted to Know, And Definitely Should 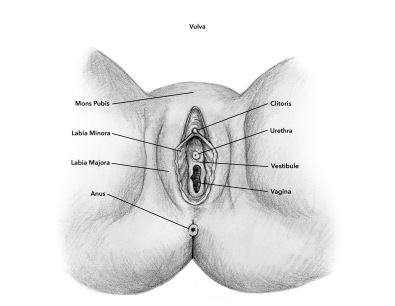 Though the clitoris may only be three-to-five inches long and tucked securely behind your clitoral hood, along the vaginal canal, it is undoubtedly an essential organ when it comes to sex and sexual pleasure. With its 8,000 sensory nerve endings (by comparison, the penis has only 4,000), this where women experience their orgasms, making this the most sensitive part of our erogenous zone. Despite the clitoris’ small size, the sensations it produces on stimulation are extremely strong, spreading even up to the pelvis. And yet, we don’t talk about the clitoris enough! In case you’ve ever wondered how this organ really works, and how to take better care of it, read on for some handy tips and tricks.

Is The Clitoris Equivalent To A Penis?

This is a question often encountered in various internet forums and message boards, to considerable debate. The two organs are, of course, essentially different in terms of their position and structure, but there’s no denying the basic similarities. For one, they’re both places where orgasms are experienced, but even apart from that, they have certain things in common. Much like the penis, the clitoris has a glans, a foreskin (also known as the hood), erectile tissue and a teeny-tiny shaft. It even swells when it's aroused. But to equate the two on the basis of just this would be reductive; the clitoris is still worlds apart from a penis.

Not many people know this, but the clitoris actually grows in size during a woman's lifetime, as a result of hormonal changes. From puberty onwards, there are gradual increases in its size, so much that by the time puberty ends, the organ is about 1.8 times larger. By the time you hit your thirties, the clitoris is almost four times as big as what it started out to be; and after menopause, its nearly seven times as large. The organ still covers a very small area so the changes aren’t noticeable, but this explains why the sensitivity to sexual pleasure and orgasms increases with age.

Though there is usually little need to take extra care with clitoral cleaning beyond your basic genital hygiene routine, more often than not you may find unwanted germs or residue of dried-up lotion accumulating in the area under the clitoral hood. This may lead to irritation and swelling; warranting more thorough cleanliness than just basic rinsing. A good remedy is to add a few drops of baby oil to warm bath water and then gently apply it to the area, and later towelling it dry. If a more targeted cleaning is required, then dipping a q-tip in baby oil or healing ointment (preferably medically prescribed) to very slowly swipe under the clitoral hood, also works. However, it’s important to remember not to rub too hard, since the clitoris is sensitive and can be easily injured.

Sex Toys And The Clitoris

Through something called ‘vaginal rejuvenation surgery’, a lot of women go under the knife to alter parts of their clitoris. Some people do it for aesthetic reasons, to either increase or decrease the size of the clitoris, while some opt for a process called clitoral unhooding, where excess tissue from the hood is removed for an increase in sensitivity. Although, some of these surgeries do genuinely help reduce pain or infections, many experts advise against going under the knife for them, because they may lead to long term hormonal imbalances.

Rohini Banerjee is a 23-year old freelance writer who is passionate about issues relating to gender, sex, and sexuality. She's also an advocate for mental health awareness, queer rights, and education, while balancing an abiding love for literature and popular culture.

Previous Article
Back to Main
Next Article

TheaCare invites you to write for the platform, on any of the topics, themes suitable for the space.

You are welcome to send in pitches, or complete drafts on physical and mental health, body image, sexuality, caregiving, parenting, pregnancy or any related subjects.

We are a body-positive, sex-positive platform and encourage writings that resonate the same values. Write to swarnima@thea.care

For rich, body-positive resources, engaging discussions and a lot many events for your health and well-being, subscribe to our fortnightly newsletter. We don't spam!